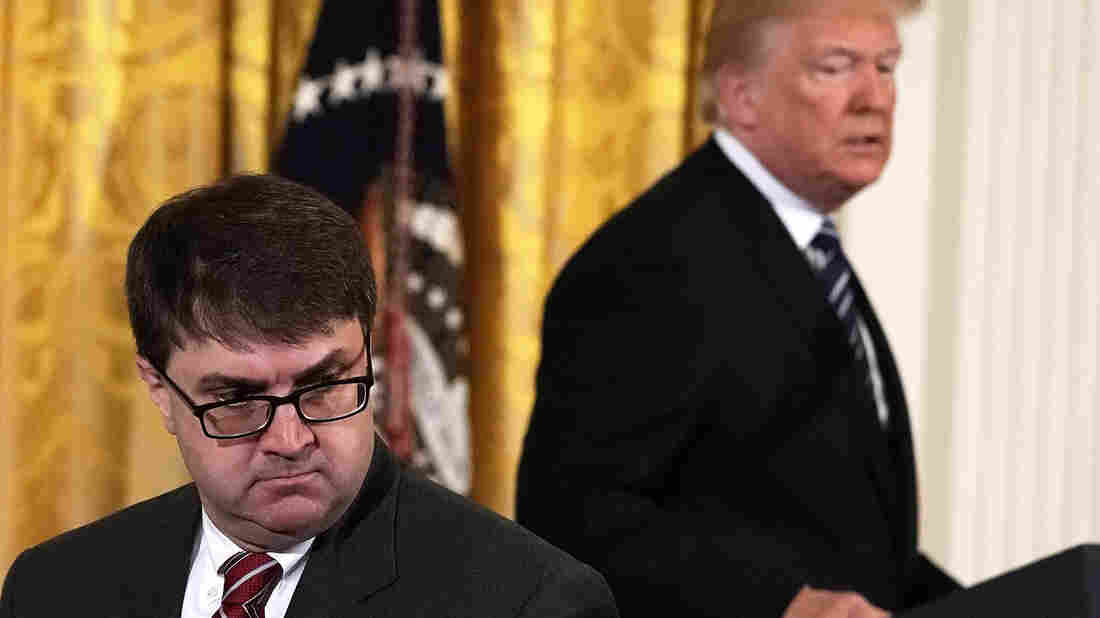 Acting Secretary of Veterans Affairs Robert Wilkie, left, is seen as President Trump announces his intention to nominate Wilkie to be the next Veterans Affairs Secretary during a summit at the East Room of the White House on Friday. Alex Wong/Getty Images hide caption 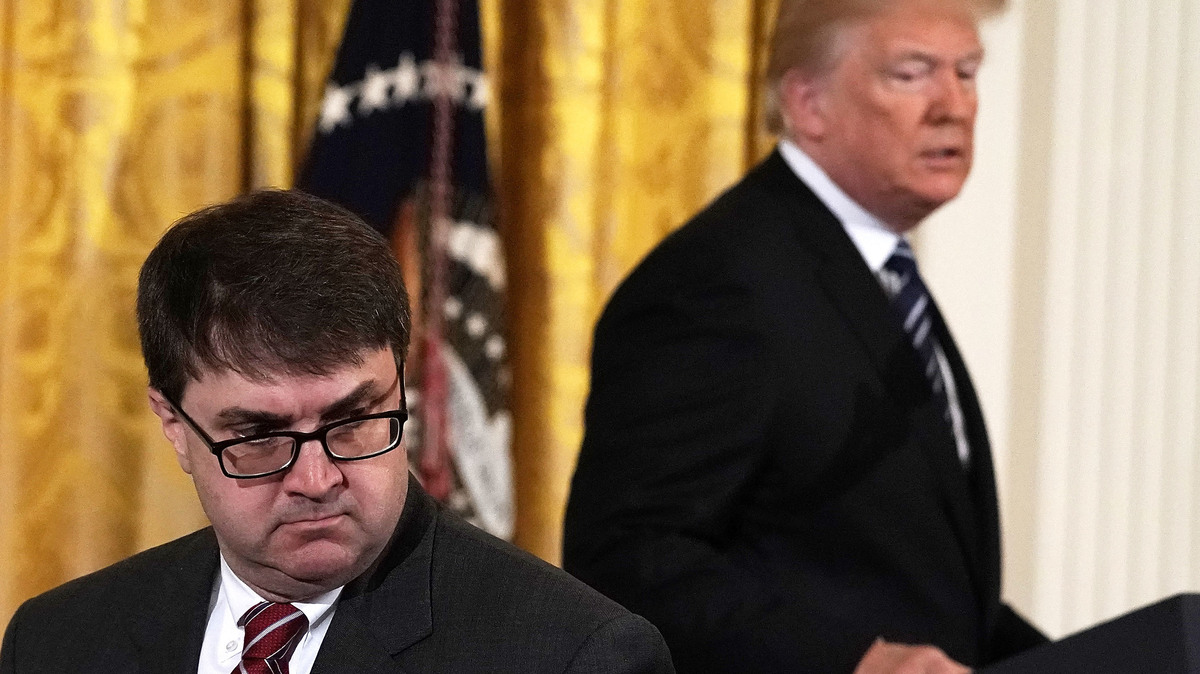 Acting Secretary of Veterans Affairs Robert Wilkie, left, is seen as President Trump announces his intention to nominate Wilkie to be the next Veterans Affairs Secretary during a summit at the East Room of the White House on Friday.

The pick wasn’t surprising, but the announcement was – President Trump will nominate Robert Wilkie, the acting secretary of Veterans Affairs, to become the department’s new secretary.

Trump was speaking at a meeting on prison reform at the White House when he veered off topic to introduce Wilkie to the room. Trump praised the job Wilkie has been doing since he stepped in at the VA from the Department of Defense in March, and then gave everyone a surprise, including Wilkie.

President Trump on Robert Wilkie: “We’re going to be putting his name up for nomination to be Secretary of the Veterans Administration.” pic.twitter.com/uXs4loUbpP

“Acting secretary Wilkie, who by the way has done an incredible job, and by the way I’ll be informing him in a little while – he doesn’t know this yet — that we’ll be putting his name up for nomination,” the president said at the event. 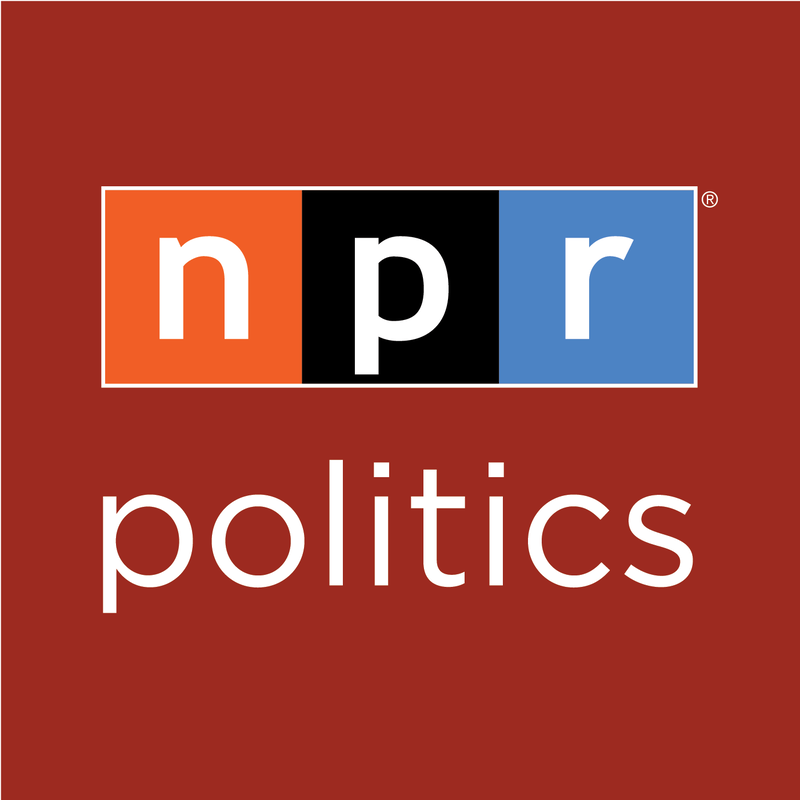 The announcement was met with applause and appeared to be wholly unplanned. Wilkie, who still holds his job as undersecretary of defense for personnel and readiness, showed no signs of having been warned, a reaction that seemed to please Trump.

“I’m sorry I ruined the surprise,” the president said to laughter.

Wilkie has been serving as interim leader of the department since Trump fired David Shulkin, the previous head of the VA.

Veterans are hoping that is the only surprise twist in what appears to be a safe pick.

“The VA has been without Senate-confirmed secretary for 51 days and we urge the Senate to schedule a confirmation hearing quickly,” Denise Rohan, National Commander of the American Legion, said in a statement welcoming the news. “The department deserves strong, competent leadership at every level to ensure our veterans receive the benefits they so richly deserve for their selfless service to our great nation.”

Wilkie’s proposed appointment comes after workplace conduct issues imploded the nomination of Rear Adm. Ronny Jackson, whom Trump had selected to fill the void after he fired Shulkin over Twitter.

I am pleased to announce that I intend to nominate highly respected Admiral Ronny L. Jackson, MD, as the new Secretary of Veterans Affairs….

Jackson was almost immediately confronted with strong opposition by leading lawmakers and veterans groups who were critical of the White House doctor’s lack of experience in running a large organization. But allegations that Jackson had recklessly doled out “a large supply” of opioid medications fostered a hostile work environment eventually moved the doctor to withdraw from the process.

When that nomination sank, veterans organizations feared the VA could be rudderless for a long time.

But Robert Wilkie, who still holds his job as undersecretary of Defense for Personnel and Readiness, has been acting like more than an acting VA secretary. He’s helping shepherd a major piece of VA reform legislation through Congress and signed a $10 billion contract to reboot the VA’s electronic health system just the night before he was nominated by the president.

Wilkie has been running a large government bureaucracy within the Pentagon, and he already breezed through a Senate confirmation to that post.

He’s 55, has served in both the Navy and the Air Force reserves, and worked for several Republican administrations and lawmakers. While he’s known within the federal government, he’s a relative unknown in the veterans’ community, which has seen 10 secretaries or acting secretaries for VA in the 17 years of war since Sept. 11.

“Our members have been really clear about what they need from the next leader of VA — a committed focused person who’s going to put veterans above politics,” said Paul Reicoff, CEO of Iraq and Afghanistan Veterans of America.

But political intrigue continues at the VA. Former Secretary Shulkin was fired after rivals in the Trump administration openly plotted his downfall, and since then many senior VA officials have left, complaining of a politicized atmosphere at VA, with a focus on loyalty to President Trump. Shulkin claimed he was pushed out because he resisted moves to push VA toward privatization, which veterans vigourously oppose. Democrats in the senate have promised to make it a litmus test for their support

Veterans Affairs In Limbo After Jackson Withdraws As Nominee

“I’ve been very clear with President Trump about my expectations for the next VA secretary, not the least of which is an unequivocal opposition to privatizing or in any way degrading the VA system,” said Sen. Patty Murray (D-WA), a senior member of the Senate Veterans’ Affairs Committee in a statement. “I look forward to reviewing Mr. Wilkie’s record and hearing more about his values and his vision for the position in order to determine whether he is up to the task.”

While the VA has always relied on some help from private doctors, there are concerns that spending on the more expensive private care could put the department into a death-spiral, where it starves its own health budget, resulting in worse care at VA facilities, and leading to more private care spending. Currently the VA is rated to deliver as good or better quality care than the private sector in most states.

Wilkie, if confirmed, will guide the VA through this question. This month Congress is expected to send the president a bill to revamp the way the department pays for private care.

It has overwhelming support from veterans organizations, but even some of them are deeply concerned that it could be implemented in a way that puts VA on a path to privatization.